Today is Wednesday, June 21st, and apparently the longest day of the year. Oy vey. Especially since it is SO DANG HOT! In Denver we have reached record temperatures of about 97 degrees, and I know a lot of the rest of the USA is feeling it too. In fact, planes were grounded in Phoenix, AZ due to heat- who knew this was possible? My boyfriend actually landed there for work last night at 10pm… it was 109. 109?!!

Well, as this relates to food, I have been sweating my butt off and craving ice cream, which I am trying to avoid until my family is here this weekend.

(Below is a picture of home made raw cream ice cream in San Diego! The recipe is from nursing traditions, made with Organic Raw Cream, Maple Syrup, Arrowroot, Egg Yolk, and Vanilla! Topped with coconut flakes, strawberries and my very own magic shell!) 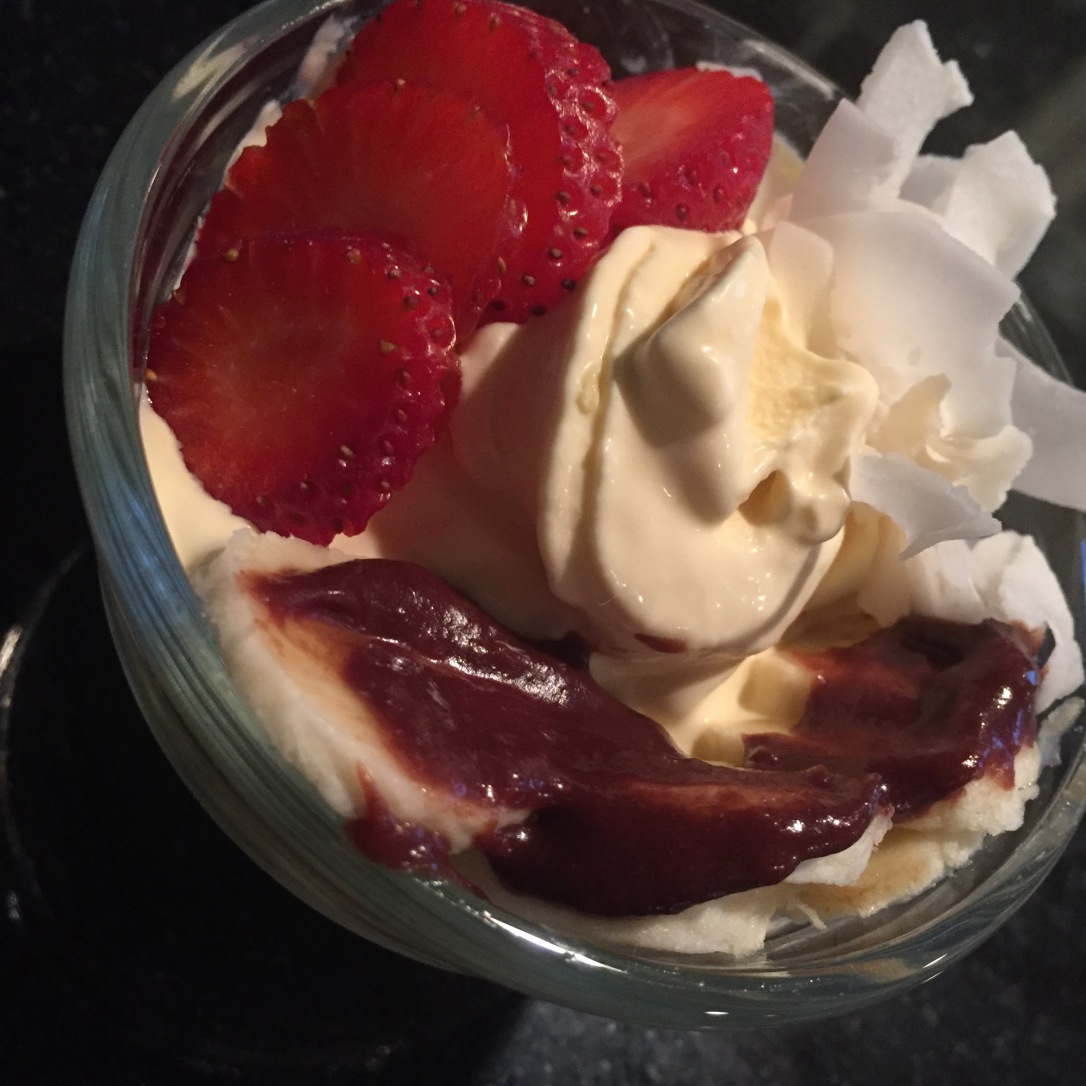 *GUYS DON’T BELIEVE THIS BS GOING AROUND ABOUT ITS UNHEALTHFULNESS*

A dash of maple syrup or honey (how sweet do you like your shell? I actually don’t add this unless with my family)

A “capful” of vanilla extract

A pinch of sea salt

Mix it all together in a bowl or jar, pour it over anything cold or frozen and watch it freeze like a magic shell!

ANYWAYS! I have been pretty BORED around here since the majority of my friends here work full time and I am a graduate student who’s two summer part time jobs have become more part time than expected. To make up for this I’ve been getting sun and walking around Denver for those steps! I keep making little trips to Natural Grocers, just to feel purpose. Today I ran in (whilst calling my grandmothers to catch up) and grabbed a GT Kombucha. JUST TOO DANG HOT NOT TO. I tried a new flavor, Lavender Love, and loveeeddd it! I always pick Gingerade or Trilogy since they have the lowest amount of sugar per serving (2g/serving; each bottle has two). And now I can add this flavor to that list!

Any who, I digress. What I really wanted to talk about here is cleaning out the pantry before family in town. GUYS, I am the QUEEN of “kitchen sink meals” (aka throw anything and everything into a dish). So, cleaning out my fridge of perishables isn’t a huge deal for me.

Ready for a simple, simple (ok admittedly I’m working on the patience to create recipes… lets call this a combo) combo of foods to whip up in seriously no time! (and no cooking knowledge required).

-Cauliflower rice (I use organic, prericed frozen from Trader Joes)

-Everything but the bagel sesame seasoning blend (trader joes)

Yes, I got on that everything bagel spice train. I’ve had it for a week and a half, live alone, and its half gone).

Throw the cauliflower rice into a skillet, and let it steam. Mandolin some carrots, throw that in two. Shake a good amount of everything bagel seasoning to get a pretty consistent speckling. Move the steamed veggies to the side of the skillet, throw a little bit of butter on the cleared area, crack an egg. Let the egg fry for about 15 seconds, then scramble into the mixture. Once the egg is completely scrambled, remove from heat. Add desired amounts of coconut aminos and hot sauce, mix well. Throw it in a bowl and rejoice in your yummy food! 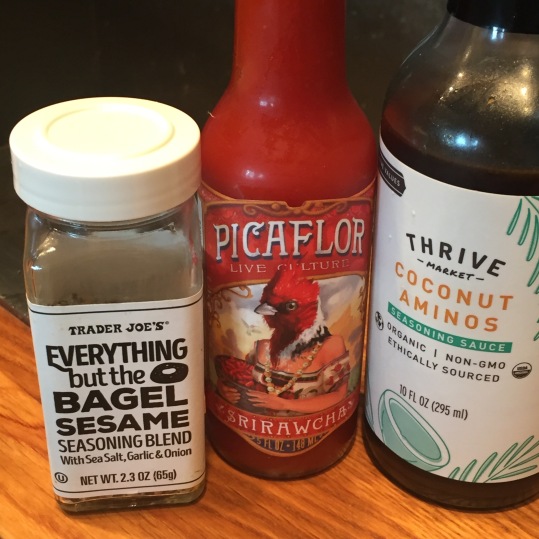 See guys, I’m working on the whole recipe thing, ok? Its all about the COMBOS.

Any who, I hope you got some sort of inspiration from this post, or go on to get some everything bagel seasoning or Srirawcha (linked above in “combo”)- the ingredients are super clean and YUMM. I picked it up from the Denver Union Station Farmers Market last Saturday!

Have a wonderful hump day you all, and STAY COOL AND HYDRATED!

View all posts by Alexis

All creative content is exclusively created and owned by Alexis Hahn.